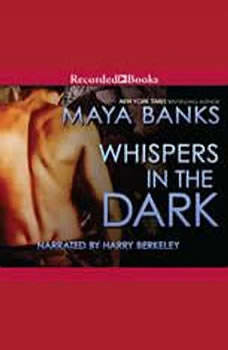 Whispers in the Dark

New York Times and USA Today bestselling author Maya Banks here continues her enthralling series based around the Kelly brothers—six rugged men who make up an elite military group. When Nathan Kelly is finally rescued from behind enemy lines, he credits his life to Shea, whose psychic voice sustained his spirit through it all. But now Shea has gone silent, and Nathan fears she’s in trouble. Can he find Shea in time to repay the tremendous debt he owes her?

Denver journalist Natalie Benoit and Deputy U.S. Marshal Zach McBride find themselves captives of a bloodthirsty Mexican drug cartel. Working together, they escape through the desert toward the border, the attraction between them flaring hotter than...

Whispers in the Dark
KGI #4