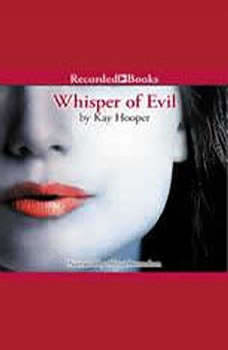 New York Times best-selling author of Out of the Shadows and Touching Evil, Kay Hooper delivers a thrilling paranormal mystery with Whisper of Evil. Forced by a sense of duty and a need to reconcile the past, a woman with psychic powers faces a far greater challenge than she’d ever expected. A stalker? In Silence? These are the questions on Nell Gallagher’s mind as she drives through the empty streets of her hometown. Three successful, respected members of the community—each harboring a dark secret—have fallen to a killer’s murderous vengence. When Nell teams up with former high school sweetheart Max Tanner, they realize that the very skills that drove her away from Silence have become the town’s only hope for salvation. But even as she pieces together the puzzle of the killer’s imagination, he may already be so close that she won’t even see her own death coming. This exciting book will hold new and longtime Hooper fans in a spell of suspense. Every gripping chapter is filled with white-knuckled tension, as the killer preys upon his victim’s ulnerabilities and lures them in for the kill. Alyssa Bresnahan’s electrifying narration will have listeners everywhere fearful of the dark.