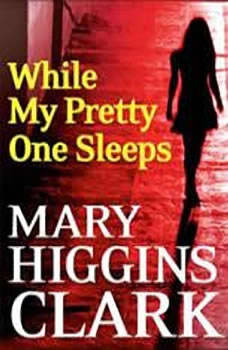 While My Pretty One Sleeps

THE DEAD WOMAN WORE RED... Gossip columnist Ethel Lambston knew everything about everybody who was somebody---so there were more than enough suspects in her murder. But for Neeve Kearny, owner of an expensive Madison Avenue boutique, the killing of one of her best customers had eerie echoes of another death that occurred many years earlier---the murder of her own mother. Suddenly, Neeve is plunged into the mystery of Ethel Lambston's murder, following a trail that leads from the glittering pleasure palaces of New York's rich and beautiful to the Mafia underworld. In the tradition of Mary Higgins Clark's staggering bestsellers, Neeve Kearny is a woman determined to find the truth, caught in a swirl of money and romance---and stalked by a killer who's closer than she could ever dream...