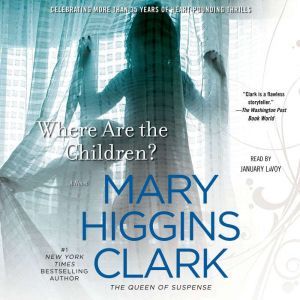 Where Are the Children?

Nancy Harmon has fled the heartbreak of her first marriage, the macabre deaths of her two little children, the hostile front-page newspaper stories and the shocking charges against her. She has changed her name, dyed her hair and moved house. Now, enjoying a new life with a wonderful husband and two beautiful children, Nancy feels she can at last forget her tragic history and start believing in second chances… Until the morning she looks outside for her little boy and girl, finds only one red mitten and knows the nightmare is beginning again…