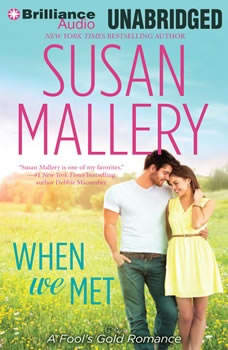 New York Times bestselling author Susan Mallery invites you back to Fool's Gold, where a newcomer to town might finally meet the man she never knew she needed… Angel Whittaker earned his scars the hard way, but the scars that can't be seen are the ones that haunt him the most. Since he moved to Fool's Gold, California, he's cobbled together a life for himself as a bodyguard trainer. If he's not exactly happy, at least his heart is safe. Working with pro-football superstars taught tough-talking PR woman Taryn Crawford one thing—she can go toe-to-toe with any man. But then dark, dangerous former Special Ops Angel targets her for seduction…and challenges her to resist his tempting kisses. Even in four-inch heels, Taryn never backs down. Unless, somehow, Angel can convince her that surrender might feel even better than victory.