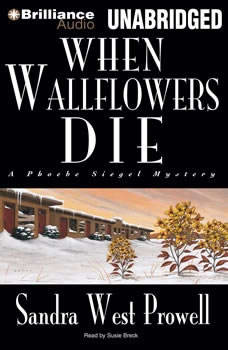 The intrepid Phoebe Siegel gets involved in the seamy side of Montana politics when she investigates the twenty-five year old murder of the wife of the man now running for governor. What Phoebe uncovers in the death of the young woman, a wallflower few mourned and fewer remember, is dangerously more than expected. Challenged and threatened by what she's learned, Phoebe must also confront dramatic changes in her own life: her deepening relationship with Kyle Old Wolf, and her brother Michael's questions about his role as a priest. Even with her personal life in a whirl, Phoebe's persistence in the face of political adversity uncovers the truth. This third novel in the Phoebe Siegel series firmly establishes Sandra West Prowell in the very top echelon of mystery writers. The Killing of Monday Brown, the previous Phoebe Siegel Mystery, is also available from Brilliance Audio.