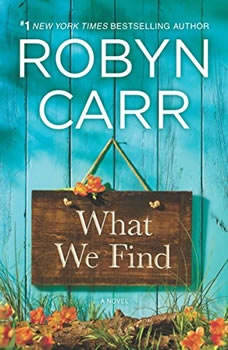 Join Robyn Carr, #1 New York Times bestselling author of the Virgin River and Thunder Point series, as she explores the healing powers of rural Colorado in a brand-new story of fresh starts, budding relationships and one woman's journey to finding the happiness she's long been missing Between the urban bustle of Denver and the high-stress environment of a career in neurosurgery, Maggie Sullivan has hit a wall. When an emergency high-risk procedure results in the death of a teenager, Maggie finds herself in the middle of a lawsuit-and experiencing levels of anxiety she's never faced before. She knows she needs to slow down before she burns out completely, and the best place she can think to do that is Sullivan's Crossing. Named for Maggie's great-grandfather, the land and charming general store at the crossroads of the Colorado and the Continental Divide Trails have been passed down through the generations and now belong to Maggie's eccentric father, Sully. When she shows up unannounced, he welcomes her with open arms, and she relishes the opportunity to indulge in his simple way of life. But shortly after arriving, Maggie's world is rocked once again and she must take on more responsibility than she'd planned. Though she's relieved a quiet and serious-looking hiker, Cal Jones, is willing to lend a hand, Maggie is suspicious of this mysterious man's eagerness to help-until she finds out the true reason for his deliberate isolation. Though Cal and Maggie each struggle with loss and loneliness, the time they spend together gives Maggie hope for something brighter just on the horizon.if only they can learn to find peace and healing-and perhaps love-with each other.