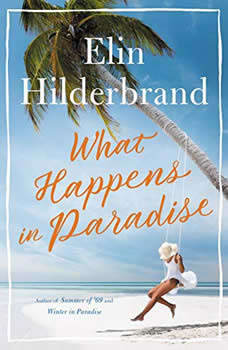 What Happens in Paradise

Secret lives and new loves emerge in the bright Caribbean sunlight, in the follow-up to national bestseller Winter in Paradise A year ago, Irene Steele had the shock of her life: her loving husband, father to their grown sons and successful businessman, was killed in a helicopter crash. But that wasn't Irene's only shattering news: he'd also been leading a double life on the island of St. John, where another woman loved him, too. Now Irene and her sons are back on St. John, determined to learn the truth about the mysterious life -and death - of a man they thought they knew. Along the way, they're about to learn some surprising truths about their own lives, and their futures. Lush with the tropical details, romance, and drama that made Winter in Paradise a national bestseller, What Happens in Paradise is another immensely satisfying page-turner from one of American's most beloved and engaging storytellers.

What Happens in Paradise
Paradise #2