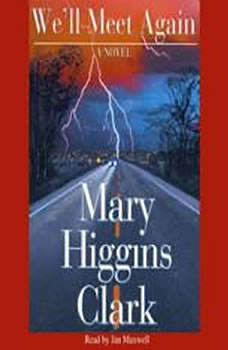 At the heart of Mary Higgins Clark's stunning new novel of suspense is a brutal murder: that of Gary Lasch, a respected and successful young Greenwich, Connecticut doctor. He was found dead at home, his skull crushed by a blow with a Remington bronze sculpture, a prized piece from his art collection. The news strikes Greenwich society like a thunderbolt -- as does the news that Molly Carpenter Lasch, the beautiful young wife of the slain doctor, has been arrested for her husband's murder.Nobody believes Molly's claim to have no memory of the events of the night of the crime -- and evidence against her is overwhelming. To escape a murder conviction, she accepts a plea-bargain, and subsequently her lawyer wins her early parole.A few years later, on Molly's release from prison, she reasserts her innocence in front of TV cameras and reporters gathered at the prison gate. Among them is an old schoolmate, Fran Simmons, currently working as an investigative reporter for the True Crime television series. Determined to prove her innocence, Molly convinces Fran to research and present a program on Gary's death. Fran agrees and uncovers a chilling plot hidden in the heart of Greenwich's prestigious medical community.We'll Meet Again is Mary Higgins Clark at her chilling best.