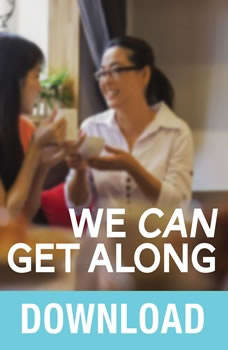 We Can Get Along: How To Have Stress-Free, Peaceful Relationships with God, Yourself and Others