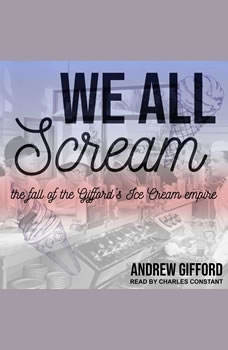 We All Scream: The Fall of the Gifford's Ice Cream Empire

For more than seventy years, Gifford's Ice Cream and Candy Company was associated with nothing but pleasure for native Washingtonians and visitors to the nation's capital. But behind the iconic business's happy facade lay elaborate schemes, a crushing bankruptcy, two million dollars of missing cash, and a tragic suicide. As the last Gifford heir unfolds his story with remarkable immediacy and candor, he reveals the byzantine betrayals and intrigue rooted in the company from its modest beginnings—dark influences that would ultimately destroy the legendary Gifford business and its troubled founding family.