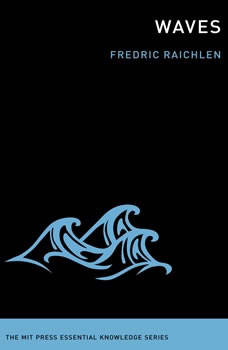 Sitting on the beach on a sunny summer day, we enjoy the steady advance and retreat of the waves. In the water, enthusiastic waders jump and shriek with pleasure when a wave hits them. But where do these waves come from? How are they formed and why do they break on the shore? In Waves, Fredric Raichlen traces the evolution of waves, from their generation in the deep ocean to their effects on the coast. He explains, in a way that is readily understandable to nonscientists, both the science of waves themselves and the technology that can be used to protect us against their more extreme forms, including hurricanes and tsunamis. After offering a basic definition of waves and explaining the mechanics of wind-wave generation, Raichlen describes how waves travel, how they shoal (rise), how they break, and how they transform in other ways. He goes on to describe, among other things, the complicated sun-Earth-moon combinations that create astronomical tides (the high and low tides that occur daily and predictably); the effects of waves on the beach, including rip currents and beach erosion, and on harbors and shipping; and the building of breakwaters to protect harbors and bays. He discusses hurricanes, storm surges, and hurricane-generated waves. He offers a brief history of tsunamis, including Sumatra's in 2004 and Japan's in 2011, and explains the mechanisms that generate them (including earthquakes, landslides, and volcanoes). Waves can be little ripples that lap peacefully at the shore or monstrous tsunamis that destroy everything in their paths. Describing the science underlying this astonishing variety, Waves offers a different kind of beach reading.