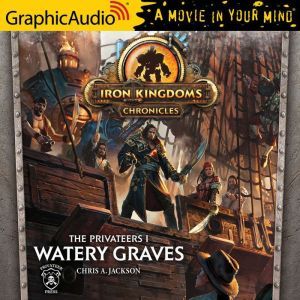 Treasure for the Taking Unaware of the forces marshaled against him, Captain Phinneus Shae and the crew of the Talion are headed into uncharted waters. With a doggedly determined killer from his past on his trail and cold-blooded pirates all around him, Shae's contract to recover the treasure from a sunken ship seems destined to fail. But other, more nefarious individuals are after that same treasure, and whatever it is, it is destined to change the future of the Iron Kingdoms. Whether for good or ill all depends on who finds it first and who is buried at the bottom of the sea in the end…