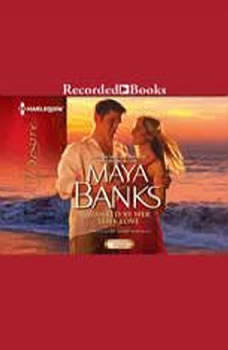 Wanted by Her Lost Love

Despite his fiancee's chilling betrayal, developer Ryan Beardsley provided for Kelly Christian when he sent her packing. So he's livid to find her working in a dingy Houston diner, desperate and pregnant. Regardless of whether the baby is his-- or his brother's-- Ryan demands that Kelly return to New York with him. Now. For the baby's sake. Or maybe because the woman's as irresistible as ever ...

When police officer Seth Colter sees the delicate, shabbily dressed beauty in line at the soup kitchen where he's serving, he's gut shot over the idea of her being on the streets cold and alone. More baffling is the dark, possessive instin...

Undone by Her Tender Touch
by Maya Banks

Just one night? Yeah, right. Pippa Laingley should have known better. When an unplanned evening of passion with Cameron Hollingsworth results in unplanned pregnancy, she's at a crossroads. She knew going in that the enigmatic entrepreneur had built ...