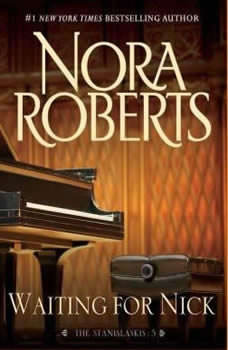 In this classic romance from #1 New York Times bestselling author Nora Roberts, Frederica Kimball is about to find that the wait for the man of her dreams is finally over! Frederica Kimball had been waiting all her life…waiting to grow up…waiting forever for the day when Nicholas LeBeck would fall as desperately in love with her as she had always been with him.Nick didn't know what had hit him. Sweet, adorable Freddie, whom he'd always loved like a kid sister, was suddenly all woman. And his feelings for her were anything but brotherly!

Waiting for Nick
The Stanislaskis #5