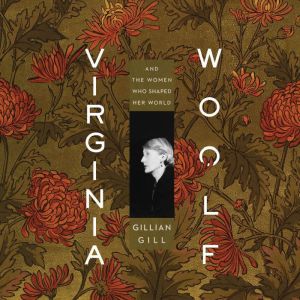 Virginia Woolf: And the Women Who Shaped Her World

An insightful, witty look at Virginia Woolf through the lens of the extraordinary women closest to her. How did Adeline Virginia Stephen become the great writer Virginia Woolf? Acclaimed biographer Gillian Gill tells the stories of the women whose legacies—of strength, style, and creativity—shaped Woolf’s path to the radical writing that inspires so many today.    Gill casts back to Woolf’s French-Anglo-Indian maternal great-grandmother Thérèse de L’Etang, an outsider to English culture whose beauty passed powerfully down the female line; and to Woolf’s aunt Anne Thackeray Ritchie, who gave Woolf her first vision of a successful female writer.  Yet it was the women in her own family circle who had the most complex and lasting effect on Woolf.  Her mother, Julia, and sisters Stella, Laura, and Vanessa were all, like Woolf herself, but in markedly different ways, warped by the male-dominated household they lived in.  Finally, Gill shifts the lens onto the famous Bloomsbury group.  This, Gill convinces, is where Woolf called upon the legacy of the women who shaped her to transform a group of men--united in their love for one another and their disregard for women--into a society in which Woolf ultimately found her freedom and her voice.   Read by Nicola Barber-Nicola Barber’s voice can be heard on television shows and radio commercials, popular video games such as World of Warcraft, and even in talking toys. But her true passion lies in bringing to life the characters and scenes in novels, a talent for which she has received multiple Earphones and Audie Awards. Nicola is also an Audie nominee in the prestigious “Solo Female Narration” category for her work on Murphy’s Law (Rhys Bowen) and Call the Midwife (Jennifer Worth).