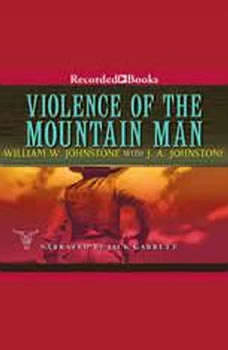 Violence of the Mountain Man

USA Today best-selling authors William W. Johnstone and J.A. Johnstone capture the sordid underbelly of the Wild West with this gritty tale. Smoke Jensen believes he’s seen every dirty trick a man could ever pull—and then his wife and his neighbor’s daughter are abducted by a ruthless band of Outlaws. But when the ransom demands come in, Smoke can only see one thing clearly through his blinding rage—any payment he forks over will be in the form of hot lead.