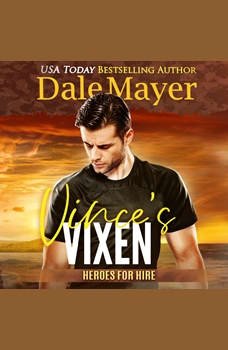 Vince is not on board with the wave of romance happening at Legendary Security and so is happy to escape all that, but he soon finds himself aboard a research vessel off the coast of the Galapagos Islands, dealing with his own tide of emotions.

Vanessa loves her research trips. This latest one is finally coming to a successful conclusion, as she completes their data collection, when their vessel is boarded by pirates. She’s knocked unconscious and moved to an old sinking tub and left adrift in the ocean. She wakes to find the only other female member of the team is missing …

Worried, the team returns to shore, trying to sort out what happened. Vanessa insists on tracking her missing team member, even as the others vote to return home. Vanessa refuses. She’ll help or die trying. Vince can stay with her or go with the others—his choice—but no way is Vanessa’s lost researcher being left behind.

And, one by one, the other members of the team go missing too …