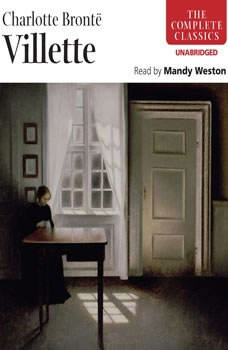 Now considered by many to be Charlotte Bronte’s best novel, though unlikely to eclipse Jane Eyre in fame and popularity, Villette is largely concerned with the experiences of Lucy Snowe in a girl’s boarding school in a fictionalised Belgium. Lucy flees unhappiness in England only to find more abroad. Her love for Dr John unrequited, she slowly realises that a deeper attachment is growing between her and her irascible domineering mentor and colleague, M. Paul Emanuel. The promise of fulfilment and the realisation of love with a man with whom she might live on something like equal terms hangs in the balance in a story that dwells on powerful emotions without ever lapsing into sentimentality.