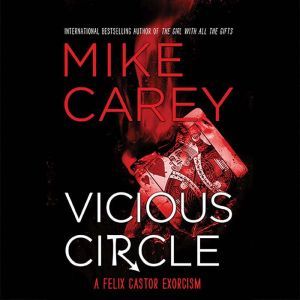 Author of The Girl With All the Gifts Mike Carey presents the second book in his hip supernatural thriller series featuring freelance exorcist Felix Castor.Felix Castor has reluctantly returned to exorcism after a successful case convinces him that he really can do some good with his abilities---"good," of course, being a relative term when dealing with the undead. His friend Rafi is still possessed, the succubus Ajulutsikael (Juliet to her friends) still technically has a contract on him, and he's still dirt poor. Doing some consulting for the local cops helps pay the bills, but Castor needs a big private job to really fill the hole in his bank account. That's what he needs. What he gets is a seemingly insignificant "missing ghost" case that inexorably drags him and his loved ones into the middle of a horrific plot to raise one of hell's fiercest demons. When satanists, stolen spirits, sacrifice farms, and haunted churches all appear on the same police report, the name Felix Castor can't be too far behind... The Felix Castor NovelsThe Devil You KnowVicious CircleDead Men's BootsThicker than WaterThe Naming of the BeastsBy the same author, writing as M. R. Carey:The Girl With All the GiftsFellsideThe Boy on the Bridge 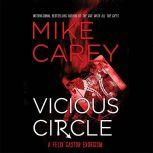 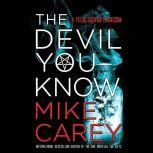 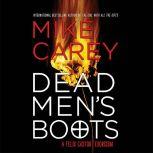 The Devil You Know
Felix Castor #1