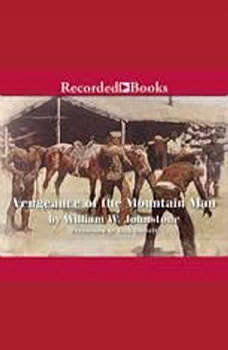 Vengeance of the Mountain Man: Blood on the Sugarloaf

The Mountain Man books are one of today’s most popular Western series. USA Today best-selling author William Johnstone packs each adventure with plenty of action and danger. Rancher Smoke Jensen hoped he was through with Sundance years ago when he shot the the gunslinger’s ear off. But now Sundance has gathered a bloodthirsty gang and is headed for Smoke’s spread.

Considine and Pete Runyon had once been friends, back in the days when both were cowhands. But when Runyon married the woman Considine loved, the two parted ways. Runyon settled down and became a sheriff. Considine took up robbing banks. Now Considi...

The legacy of legendary Western author Ralph Compton can be heard in the explosive tales penned by Joseph A. West. A ruthless murderer known as the Fat Man is terrorizing Green Meadow, Oklahoma, which sits over a massive store of black gold. The Fat...

They called him . . . Preacher. He came west to the Rockies as a young runaway and grew into a legend among the already legendary frontier mountain men. They called him Preacher—a name that would become a monument to all who sought adventure ...

Barnabus Pike is no gunfighter and not much of a street fighter. Eddie Holt is a black boxer in a white man's world. They've both taken their share of hard knocks. Now they're looking to survive a brutal winter in a remote Montana line shack, c...

The Bounty Hunters
by Elmore Leonard

The old Apache renegade Soldado Viejo is hiding out in Mexico, and the Arizona Department Adjutant has selected two men to hunt him down. One -- Dave Flynn -- knows war, the land, and the nature of his prey. The other is a kid lieutenant named Bowe...