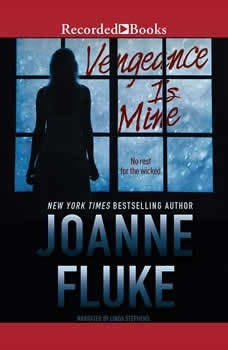 A KILLER IN THE DEAD OF WINTER. As a family clinic administrator, Michele Layton has seen her share of suffering. But never anything like this. Not here in St. Cloud, Minnesota. A local activist has been found murdered, his body frozen like a statue and placed in a Winter Carnival ice sculpture display. Next a vicious hate crime puts a man in the ICU. And locked away in the Holy Rest mental ward, a deranged man of the cloth prays for more sinners to be punished-and waits for a sign from above. These seemingly random acts lead police chief Steve Radke to Michele, who could be the next pawn in a madman's chess game of life and death, good versus evil.