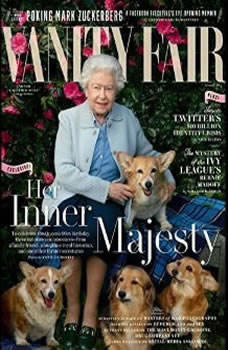 It's a royal rendezvous for Vanity Fair's Summer issue! Ahead of the Queen's 90th birthday, read three intimate reminiscences of her inner majesty, a chronicle of Prince Charlotte's first year, and about her royal highnesses' most loyal subjects-her corgis.Plus: Inside Twitter's $10 billion identity crisisThe mystery of the Ivy League's Bernie MadoffWall Street's drug problemHow Mark Rylance became the man of the momentVanity Fair is a cultural filter, sparking the global conversation about the people and ideas that matter most. With a dedication to journalistic excellence and powerful storytelling, Vanity Fair is the first choice-often the only choice-for the world's most influential and important audience. From print to social media, the big screen to the smartphone and now on audio, Vanity Fair is the arbiter of our era. Listen to Vanity Fair on the goGet the latest issue as it hits newsstandsBuy a single issue or subscribe