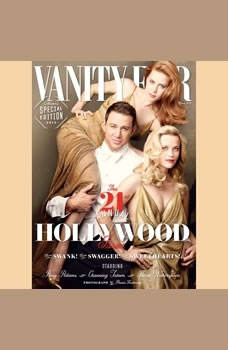 Vanity Fair is a cultural filter, sparking the global conversation about the people and ideas that matter most. With a dedication to journalistic excellence and powerful storytelling, Vanity Fair is the first choice—often the only choice—for the world's most influential and important audience. From print to social media, the big screen to the smartphone and now on audio, Vanity Fair is the arbiter of our era.This month's issue features:Editor's Letter: Graydon Carter introduces the Hollywood IssueKim Jong Un vs. Sony: Details on the cyber-attack, North Korea's leader, and the country's growing film industry50th Anniversary: The costars of The Sound of Music reunite and trade memoriesMy Hollywood: Jerry Weintraub, Delia Ephron, and David Steinberg on their days in LATop 10 Tribute: Vanity Fair ranks the best movies set in New York CityPlus: The 125-year history of the tuxedo