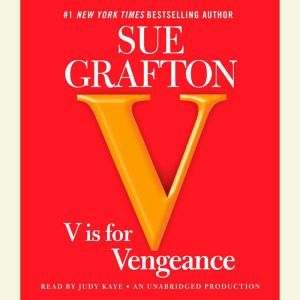 V is for Vengeance

A woman with a murky past who kills herself—or was it murder? A spoiled kid awash in gambling debt who thinks he can beat the system. A lovely woman whose life is about to splinter into a thousand fragments. A professional shoplifting ring working for the Mob, racking up millions from stolen goods. A wandering husband, rich and ruthless. A dirty cop so entrenched on the force he is immune to exposure. A sinister gangster, conscienceless and brutal. A lonely widower mourning the death of his lover, desperate for answers, which may be worse than the pain of his loss. A private detective, Kinsey Millhone, whose thirty-eighth-birthday gift is a punch in the face that leaves her with two black eyes and a busted nose. And an elegant and powerful businessman whose dealings are defnitely outside the law: the magus at the center of the web. V: Victim. Violence. Vengeance. 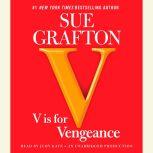 V is for Vengeance
A Kinsey Millhone Novel #22