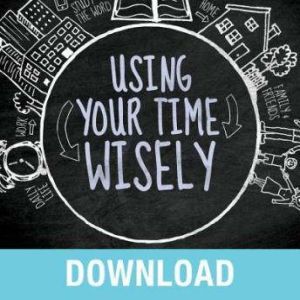 Using Your Time Wisely: Living Your Life to the Fullest with God's Help

We all have twenty-four hours a day, seven days a week. So why is it that some people accomplish much more in their lives than others? In this four-part audio download, Joyce will teach you how to focus your priorities on what is most important and accomplish your goals so your life is more peaceful and less stressed.