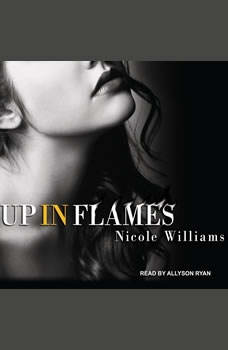 Elle's life couldn't possibly get any more small town. She was raised in the same home as the two generations before her were, her family owns the iconic downtown cafe, and she's been dating the pastor's son since she was allowed to go on her first date at sixteen. Cole's life couldn't possibly get any larger. He's tried. Roaming from town to town for the past three summers as a smokejumper, Cole dreads the thought of putting down roots. The only thing he avoids more than that is settling down with one woman, especially when there are as many willing women as there are trees in the forest he jumps out of planes to save. Elle Montgomery's life is going one way. And Cole Carson's is going the opposite. There's no reason their paths should ever intersect, even in a small town in central Washington. But summer in the Methow Valley has other plans for Elle and Cole. After an awkward run-in at the local swimming hole, Elle tries to keep away from the guy who looks at her like she's already lying beneath him in bed. She fails. Cole is about as successful at staying away from the girl who seems immune to his charms. As the summer heats up, and tensions between Elle and Cole run high, Cole begins to realize there's more he's attracted to than Elle's body, and she discovers there's a lot more to the man that jumps out of planes into raging forest fires than meets the eye.