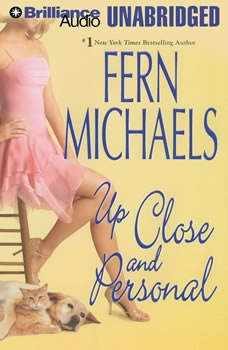 Up Close and Personal

For generations, the Windsors have lived on the family’s grand estate in Crestwood, South Carolina, as intertwined with local life as sweet tea and pecan pie. Now, on the anniversary of her daughter Emily’s death, Sarabess Windsor believes she may be the last to carry the family name - unless she can find her second daughter, Trinity, who disappeared fifteen years ago. Trinity grew up as Trinity Henderson, adopted by the Windsor foreman and his wife. Trinity was conceived not out of love, but out of Sarabess’s desperate attempt to prolong Emily’s life by providing a bone marrow donor. On her fifteenth birthday, Trinity ran away and hasn’t been seen in Crestwood since. But the town has never forgotten her…especially not handsome lawyer Jake Forrest. And although Jake has no desire to help selfish Sarabess Windsor, the thought of seeing his childhood friend again fills a void in his heart that Jake didn’t even know existed. Trinity swore never to return to Crestwood. Not for the mother who callously abandoned her, not for the late father she hardly knew, not for the huge family trust she stands to inherit. But some ties - to a place, to a past, to the people we once were and dreams we once had - can never be fully broken. And as family secrets are revealed, and desires old and new come to light, Trinity may discover the one thing she never expected to find in Crestwood: a place to call home at last.