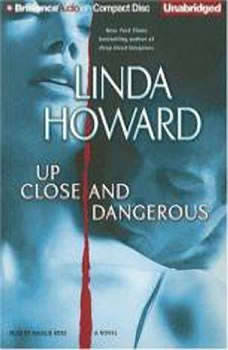 Up Close and Dangerous

Bailey Wingate’s scheming adult stepchildren are surprised when their father’s will leaves Bailey in control of their fortune, and war ensues. A year later, while flying from Seattle to Denver in a small plane, Bailey nearly dies herself when the engine sputters—and then fails.Cam Justice, her sexy Texan pilot, manages to crash-land the aircraft. Stranded in the wilderness, and struggling to douse her feelings for the ruggedly handsome man by her side, Bailey begins to wonder whether this was a mere accident. Sure enough, upon her return to civilization, Bailey’s suspicions mount: Who tampered with their plane? Who’s trying to reunite Bailey and her husband in the afterlife? Trusting her life—and heart—to Cam, Bailey must outwit a killer who will stop at nothing to finish the job.

The Wilde Women
by Paula Wall

The Wilde sisters dove headfirst into this world on fire with life and expectation. With hair black as midnight and eyes blazing blue, they grow into truly irresistible women. But as well as being blessed with beauty and determination, the Wilde sis...