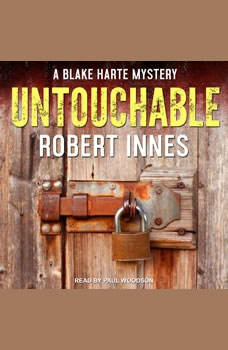 Harrison Baxter lives on a farm with his parents, on the outskirts of the village of Harmschapel. It's picturesque, idyllic and tranquil—but Harrison is far from happy. His parent's marriage is strained to say the least and on top of that, his boyfriend, Daniel, has been mentally and physically abusing him for years. After he finds himself with one bruise too many, Harrison has had enough. But when he plucks up the courage to finally end his violent relationship, Harrison's life is changed forever when Daniel is found murdered in the most bizarre circumstances. Detective Sergeant Blake Harte has moved to Harmschapel after his own relationship ended in tatters. But moving to a quiet village after working his way up the ranks in a city brings its own set of problems and Blake soon finds himself at odds with new colleagues who aren't used to his style of policing. But when he is called upon to investigate the mysterious and impossible murder at Halfmile Farm, Blake finds himself facing the most challenging case of his career. So how can Daniel have been shot in a locked shed that nobody could possibly have escaped from?