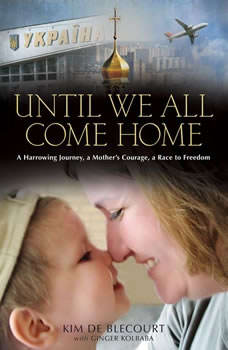 Until We All Come Home: A Harrowing Journey, a Mother's Courage, a Race to Freedom

When Kim de Blecourt and her husband decided to adopt a child from Ukraine, they knew that the process might be challenging. Nothing, however, could have prepared de Blecourt for the twisted nightmare she would endure. During her year-long struggle to extricate her newly adopted little boy from that post-Soviet country's corrupt social service and judicial systems, de Blecourt was intimidated, physically assaulted, and arrested. Worse, her months of loneliness, worry, and fear drove her to the brink of spiritual despair. But God had no intention of abandoning de Blecourt or her family. Her amazing story-culminating in a spine-chilling race to freedom-offers dramatic proof that God's light shines on even in the deepest darkness.