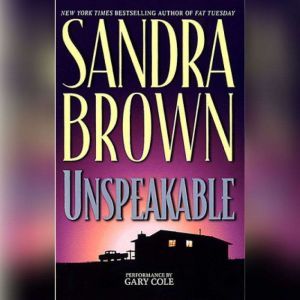 Carl Herbold enjoys being bad.  After all, he is terrifyingly good at it.  Stimulated by violence, he and his brother, Cecil, had easily graduated from juvenile delinquents to full-blown killers.  And Carl, now serving a life sentence in an Arkansas penitentiary, carries out a daring escape with a fellow inmate and is on his way back to where he began--Blewer County, Texas.

Ann Corbett had been widowed right before her son was born.  Beset by debt and personal tragedy, she faces the toughest challenge of her life--holding on to the ranch that is her son's birthright--unaware that she is at the center of Carl Herbold's vengeful plan.  Ezzy Hardge is a retired lawman who is haunted by the one crime he sacrificed everything to solve, but could not.  And Jack Sawyer, a seemingly easygoing cowboy and drifter whose past is shrouded in mystery, understands Herbold's twisted mind and his hate-filled lust for vengeance.  Risking exposure of his own troubled past, Jack arrives at Anna Corbett's ranch asking for work, but in reality hoping to protect the innocent deaf woman and her young son from Herbold's rage.

Carl Herbold's prison break draws them inexorably toward a day of reckoning: Ezzy, an over-the-hill peace officer seeking redemption; Jack, a man stalked by dark secrets he can no longer outrun; and Anna, a beautiful woman locked in silence and self-imposed isolation.  All must grapple with their own demons before their tumultuous confrontation with a diabolical killer.

Realistic, sharp-edged, and complex, Sandra Brown's latest work is so suspenseful it zings like a high-tension wire.  Unspeakable, with its haunting images and breathtaking pace, is the best Sandra Brown yet.

I've been a huge fan of Sandra Brown ever since I read her book Standoff. I then jumped online and found someone selling a nice little collection of her books and I purchased the lot. Unspeakable was the third book that I read. It was unbelievably good. Anna Corbett, the heroine of the story is a deaf widow. Her character is unlike any that I've read in any of Sandra's other novel's, she's unique and that drew me in right away. I'll admit, this book isn't a suspenseful page-turner like Standoff was but the lead character Jack Sawyer is the most likable guy in any book. He's thoughtful, respectable, friendly and down to earth. An average joe that you can't help but fall for. Unspeakable has a nice amount of twits and turns but mostly it has three fantastic characters and two despicable villains. I have now read over a dozen Sandra Brown books but Unspeakable keeps coming back as my favourite SB book.