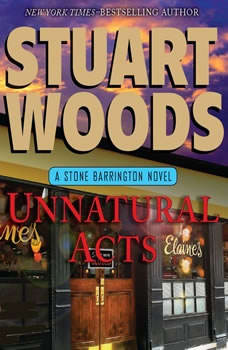 Stuart Woods is in top form…and so is his perennially popular hero, Stone Barrington!

When a hedge fund billionaire hires Stone Barrington to talk some sense into his wayward son, it seems like an easy enough job; no one knows the hidden sins and temptations of the ultra-wealthy better than Stone. But as Stone and his erstwhile protégé, Herbie Fisher, probe deeper into the case—and an old one comes back to haunt him---he realizes that even he may have underestimated just how far some people will go to cover up their crimes…and plan new ones.

After reading this is book 12, I decided to go elsewhere to find a new series to start.