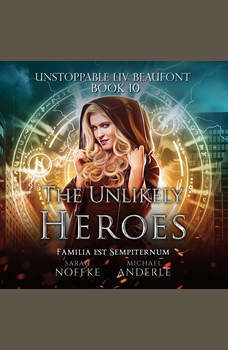 Magic is real. Most mortals are seeing it for the first time. Some dont deal with change very well.There are a few mortals who have always seen the magic. Those are the ones Liv Beaufont is hunting down. They are potentially one of the Mortal Seven.Kayla Sinclair is also on the hunt. But shes aiming to kill.Its a race to find the Mortal Seven before they are murdered. And meanwhile, theres another crime that needs Livs attention.Someone wants Father Time dead, and theyll do anything to draw him out of hiding.