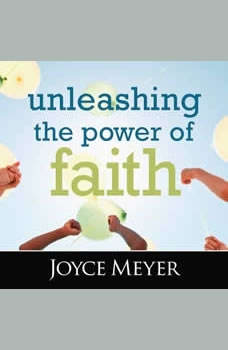 Unleashing the Power of Faith

Faith plays a role in our everyday lives more than you might think. You trust that the chair you’re about to sit in will hold you and that the lights will come on when you flip the switch… It’s easy to have faith in the little things, but what about when it comes to trusting God? Do you struggle to apply that same kind of faith in Him? In this three-part series, Joyce shares… The importance of being faithful to God; Three steps to living by faith; Key scriptures to understanding faith; How walking in faith reduces stress and confusion. Someday that chair may eventually break and the electricity may go out, but God is the only one who will never fail you.