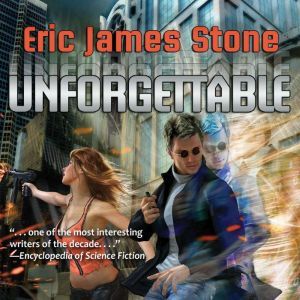 In the near future, a fluke of quantum mechanics renders Nat Morgan utterly forgettable. No one can remember he exists for more than a minute after he's gone. It's a useful ability for his career as a CIA agent, even if he has to keep reminding his boss that he exists. Nat's attempt to steal a quantum-chip prototype is thwarted when a former FSB agent, Yelena Semyonova, attempts to steal the same technology for the Russian mob. Along with a brilliant Iranian physicist who wants to defect, Nat and Yelena must work together to stop a ruthless billionaire from finishing a quantum supercomputer that will literally control the fate of the world.