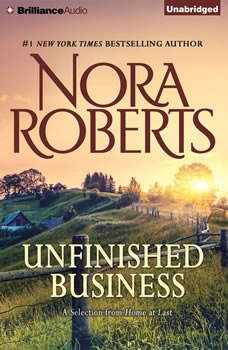 Unfinished Business: A Selection from Home at Last

What was she doing here? Hyattown had changed very little in the years Vanessa Sexton had been away. In some ways her high school sweetheart, Brady Tucker, hadn't changed much either—he was still lean, athletic, rugged.… But the once reckless boy had become a solid, dependable man. He'd stood her up on the most important night of her life; could she ever trust him again?So Vanessa had finally come home, Brady thought. She could still turn him inside out with one of her sultry looks. He couldn't believe she hadn't forgiven him for that night twelve years ago—but he'd had his reasons for not showing up. He'd let her leave town then—but he wasn't going to let her get away this time.…