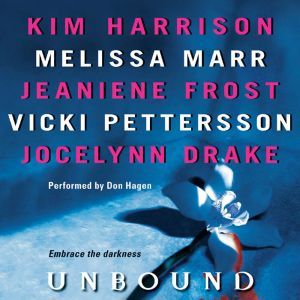 5 of the hottest, New York Times bestselling authors in urban fantasy--KIM HARRISON, MELISSA MARR, JEANIENE FROST, VICKI PETTERSSON, and JOCELYNN DRAKE--come together in one spellbinding anthology. From the Hollows to Sin City, from New Orleans to Savannah, discover some of the most intriguing heroes and heroines who work on the supernatural borders.

Kim Harrison reveals a hidden adventure, as Jenks and Bis investigate a strange haunting...and find far more than they ever expected. Melissa Marr delivers her first adult story, featuring a young woman struggling to escape the supernatural fate of her family. Jeaniene Frost goes to New Orleans, where Bones must face down a ruthless pair of serial killers, while Vicki Pettersson returns to Sin City and, one man’s fight for his soul. And Jocelynn Drake goes to Savannah, where a strange murder calls the balance between human and nightwalker into question.