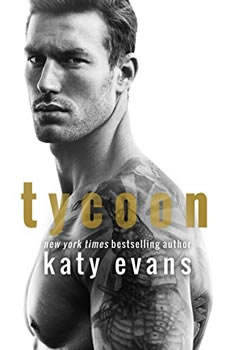 He wasn’t always this rich. This hot. This difficult. Aaric Christos was a guy who protected me. Wanted me. Maybe even loved me. That man is gone. In his place is the most powerful real estate tycoon in the city. He’s a cold, ruthless, aggressive businessman. The only one who can save me and my startup from ruin. It takes every ounce of courage to put my pride aside and ask for his help. I didn’t expect him to offer it easily. And he doesn’t. Instead, he vets me harder than he’s vetted anyone. Don’t invest in what you don’t know, he says. He’s assessing every piece of me, to the point I’ve never felt so bare. I yearn for the boy I once knew, whose touch once craved me. Putting it all on the line will be worth it, I tell myself. Until I realize—too late—that some risks are not worth taking. *A sexy new standalone contemporary romance by New York Times and USA TODAY bestselling author Katy Evans.