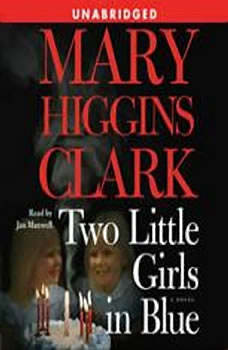 A tragic kidnapping... the mystery of twin telepathy... a mother's search for a child, presumed dead. Hours after throwing a third birthday party for their twins Kathy and Kelly in their Connecticut home, Margaret and Steve Frawley return home from a dinner in New York to discover the police in the house, their daughters missing, and an eight million dollar ransom note. The Frawleys meet the kidnapper's demands, but the abandoned car they're led to contains only Kelly, the body of the driver, and a suicide note, saying he had inadvertently killed Kathy and dumped her body in the ocean. At the private memorial Mass for Kathy, Kelly tugs Margaret's arm and says that her sister Kathy "wants to come home right now." More unexplainable occurrences indicate that Kelly is in touch with Kathy, but no one except Margaret believes that Kathy is still alive. As Kelly's warnings become increasingly specific and alarming, however, FBI agents set out on a search for the kidnappers as Kathy's life hangs by a thread. Delving into the well-documented but still unexplained phenomenon of twin telepathy, worldwide #1 bestseller Mary Higgins Clark takes us deep into the minds of her characters while lifting us to the heights of suspense.

I am not a huge Mary Higgins Clark fan but I always hope I will be surprised and like every book I read by her but I just can’t love her books. She is a streaky writer to me. The main problem is I have a hard time believing some of her plot lines and she lapses into melodrama rather than being creative with her emotional characters. I am sure a woman who has had both her children snatched from their home will be hysterical but I think there is a better way to write the scene than create yet another stereotype. Another problem with this book is there were too many red herrings and dead ends which bogged down the story. It could have been trimmed down a little and made for a tighter, better mystery novel. Clark can be great but unfortunately she falls short and does not always suit my reading taste. She is one of those writers I consider “borderline” authors who can go either way in their writing. Fans of her work will probably like the book but I only mildly liked it.

I really enjoyed this book. It was a very fast read and I loved the suspense. It made me want to look into the other books that Mary Higgins Clark has written so that I can add them to my list.

I enjoyed the book immensely. I would sit in the car to listen to a stopping point in the book, before I would leave the car. It was suspenseful.