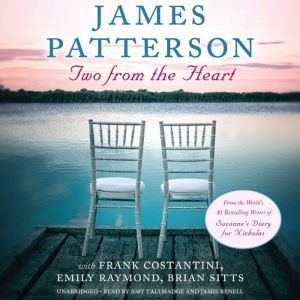 Two from the Heart

From the author of Suzanne's Diary for Nicholas and Sundays at Tiffany's comes a book that became an instant New York Times bestseller with two heartwarming tales about the power of a good story to open our eyes to life's possibilities.Anne McWilliams has lost everything. After her marriage falls apart and a hurricane destroys her home she realizes that her life has fallen out of focus. So she takes to the road to ask long lost friends and strangers a simple question: "What's your best story?" Can the funny, tragic, inspirational tales she hears on her journey help Anne see what she's been missing? Tyler Bron seemingly has it all-a successful company and more money than he knows how to spend. But he has no life. So he hires a struggling novelist to write one for him. There are no limits to the fictional world that Bron's money can transform into a reality, and he soon becomes the protagonist of a love story beyond his wildest imagination. But will Tyler Bron be able to write the happy ending himself?