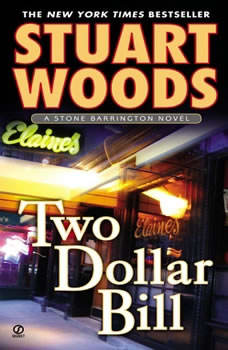 Two-Dollar Bill delivers all the storytelling twists and whip-smart banter readers have come to love in Stuart Woods's thrillers, as suave Manhattan cop-turned-lawyer Stone Barrington is back on his home turf caught between a filthy rich conman-who's just become his client-and a beautiful prosecutor.