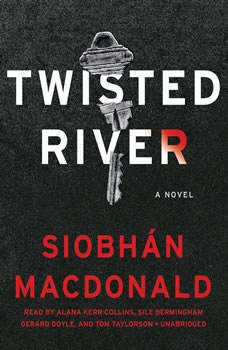 A gripping debut psychological thriller for fans of The Silent Wife and The Wicked Girls about two families in crisis and a holiday house swap gone terribly wrong She would never have fit as neatly into the trunk of his own car. Limerick, Ireland; the OBrien familys driveway. American Oscar Harvey opens the trunk of his hosts car and finds the body of a woman, beaten and bloody. But lets start at the beginning. Kate and Mannix OBrien live by Curragower Falls in Limerick, in a lovely house they can barely afford. Their autistic son Fergus is bullied at school, and their daughter Izzy blames herself, wishing she could protect him. Kate decides that her family needs a vacation, and shes convinced her luck is about to change when she spots a gorgeous Manhattan apartment on a home-exchange website. Hazel and Oscar Harvey and their two children live on Manhattans Upper West Side. Though they seem successful and happy, Hazel has mysterious bruises, and Oscar is hiding things about his dental practice. They too need a change of pace. Hazel has always wanted her children to see her native Limerick, and the house swap offers a perfect chance to soothe two troubled marriages. But this will be anything but a perfect vacation, and the body in the trunk is just the beginning.