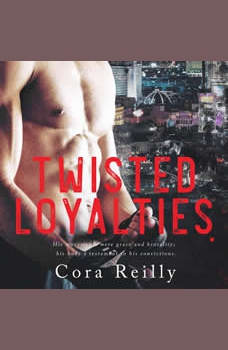 Fabiano was raised to follow in his father’s footsteps as Consigliere of the Chicago Outfit – until the man abandons him. Left to fend for himself, Fabiano is forced to fight for a place in the mafia world. As a ruthless street fighter, he quickly earns his place as the new Enforcer of the Las Vegas Camorra – a man to fear.

Leona wants to build a decent life for herself, away from her drug-addicted mother. But soon she catches the attention of a dangerous man – Fabiano Scuderi. Staying out of trouble and living a normal life are near impossible with a man like him.

Leona knows she needs to avoid Fabiano, but men like him aren’t easy to shake off. They always get what they want.

Fabiano cares about only one thing: the Camorra.

But his attraction to Leona soon puts his unwavering loyalty to the test. Is Leona worth risking everything he’s fought for, and ultimately his life?