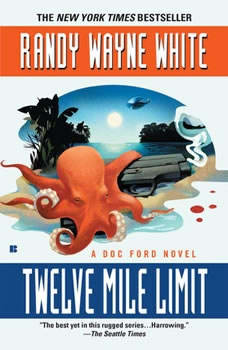 Twelve Mile Limit by Randy Wayne White is now available for the first time in audio!

"We'll drop anything we're doing to read a new Randy White novel and be glad we did." (Denver Post)

Randy Wayne White's ninth Doc Ford novel starts out as a fun excursion for four divers off the Florida coast. Two days later only one is found alive-naked atop a light tower in the Gulf of Mexico. What happened during those 48 hours? Doc Ford thinks he's prepared for the truth. He isn't.