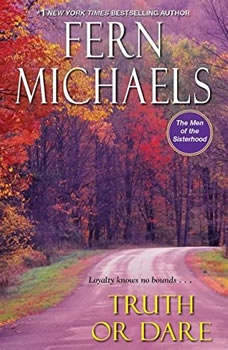 Series: The Men of the Sisterhood #4

The Sisterhood: a group of women bound by friendship and a quest for justice. Now their male allies, the Men of the Sisterhood, have formed a top-secret organization of their own, with the same goal of helping the helpless and righting the wrongs of the world

Truth or Dare
The Men of the Sisterhood #4