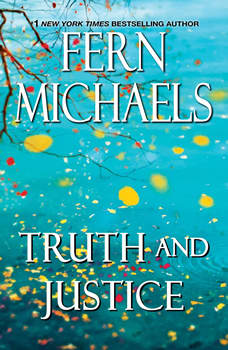 Fern Michaels is a national treasure, and her latest in the Sisterhood series finds the stalwart friends bringing justiceand hopeto families devastated by a greedy con artist. The Sisterhood: a group of women from all walks of life bound by friendship and a quest for justice. Armed with vast resources, top-notch expertise, and a loyal network of allies around the globe, the Sisterhood will not rest until every wrong is made right. When Alexis Thorn and Joe Esposito encounter a young woman sobbing alone in a restaurant, they step into action and offer their comfort and sympathy. They soon learn that the womans husband was recently killed in action in Afghanistan. Before he reported for duty, they took steps to preserve their chances of having children. But when Bella visits the fertility clinic, she discovers her eggs are no longer thereand the circumstances are beyond suspicious. Heartbroken at this tale of shattered hopes, Alexis recruits the Sisterhood to investigate. Soon they uncover a con artist on an obsessive mission. Tracking the culprit behind such a cruel scheme wont be easy. But with their combined grit, courage, and determination to overcome any obstacle, the Sisterhood will make sure that this story ends on a note of triumph . . .