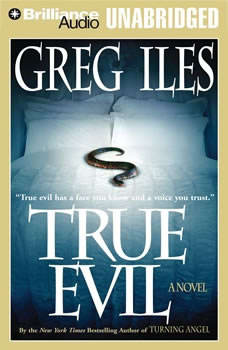 True evil has a face you know and a voice you trust.…A Southern doctor is pulled into a terrifying ring of murderous secrets—in this powerhouse thriller from New York Times bestselling author Greg IlesDr. Chris Shepard has never seen his new patient before. But the attractive young woman with the scarred face knows him all too well. An FBI agent working undercover, Alex Morse has come to Dr. Shepard's office in Natchez, Mississippi, to unmask a killer. A local divorce attorney has a cluster of clients whose spouses have all died under mysterious circumstances. Agent Morse's own brother-in-law was one of those clients, and now her beloved sister is dead. Then comes Morse's bombshell: Dr. Shepard's own beautiful wife consulted this lawyer one week ago, a visit Shepard knew nothing about. Will he help Alex Morse catch a killer? Or is he the next one to fall victim to a deadly trap of sex, lies, and murder?

the story is pretty good, although the southern accents got on my nerves after a while.