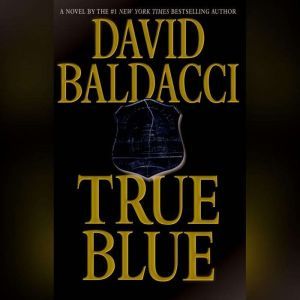 Mason "Mace" Perry was a firebrand cop on the D.C. police force until she was kidnapped and framed for a crime. She lost everything-her badge, her career, her freedom-and spent two years in prison. Now she's back on the outside and focused on one mission: to be a cop once more. Her only shot to be a true blue again is to solve a major case on her own, and prove she has the right to wear the uniform. But even with her police chief sister on her side, she has to work in the shadows: A vindictive U.S. attorney is looking for any reason to send Mace back behind bars. Then Roy Kingman enters her life.Roy is a young lawyer who aided the poor until he took a high-paying job at a law firm in Washington. Mace and Roy meet after he discovers the dead body of a female partner at the firm. As they investigate the death, they start uncovering surprising secrets from both the private and public world of the nation's capital. Soon, what began as a fairly routine homicide takes a terrifying and unexpected turn-into something complex, diabolical, and possibly lethal.

Baldacci should have done more research on strong women before he wrote this deeply shallow and patently unbelievable conspiracy-theory hoohah. None of the women in this book come across as females. Mace, the protagonist, seems more like a teenage boy than a 30-yr-old woman, and her sister, Chief of Police Beth Mason, is just a backdrop for Mace's silliness. Even antagonist Mona, the standard conniving *****, seems like more of a cardboard stand-in for a stereotype. But the guys aren't much better. There are your automaton Federales-gone-bad contract killers, your looney over-zealous patriots, your super-rich altruists, and your slightly dense pseudo-boyfriend although the only time he actually comes on to Mace, she responds like . . . like a 16-yr-old boy, of course. It makes me think that one morning Baldacci got up and thought, OK, how could I rework some unpublished material into a chick-lit genre, without putting out too much effort? Epic fail.