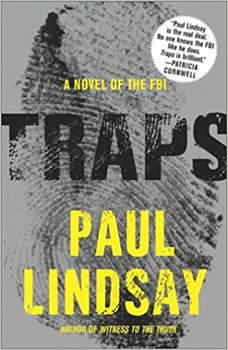 Traps: A Novel of the FBI

Justice has become a distant ideal for disenchanted FBI agent Jack Kincade. Once a bright light in the Bureau, he lives in a seedy motel room with his loyal border collie, his off-duty hours dominated by alcohol-fueled hazes and an unusual sidelight: robbing banks. Then he gets a call about a cold case: A three-year-old unsolved kidnapping becomes hot again when the victim's father places an eight-hundred-pound explosive under Chicago's Cook County jail and threatens detonation if his daughter isn't found. For Jack, disarming a bomb is only the start of an increasingly complex investigation that teams him up with Ben Alton, an agent just back from sick leave with one leg amputated and a lot to prove. Together, they must face off against a fiendish killer whose chilling agenda is about to become terrifyingly clear.